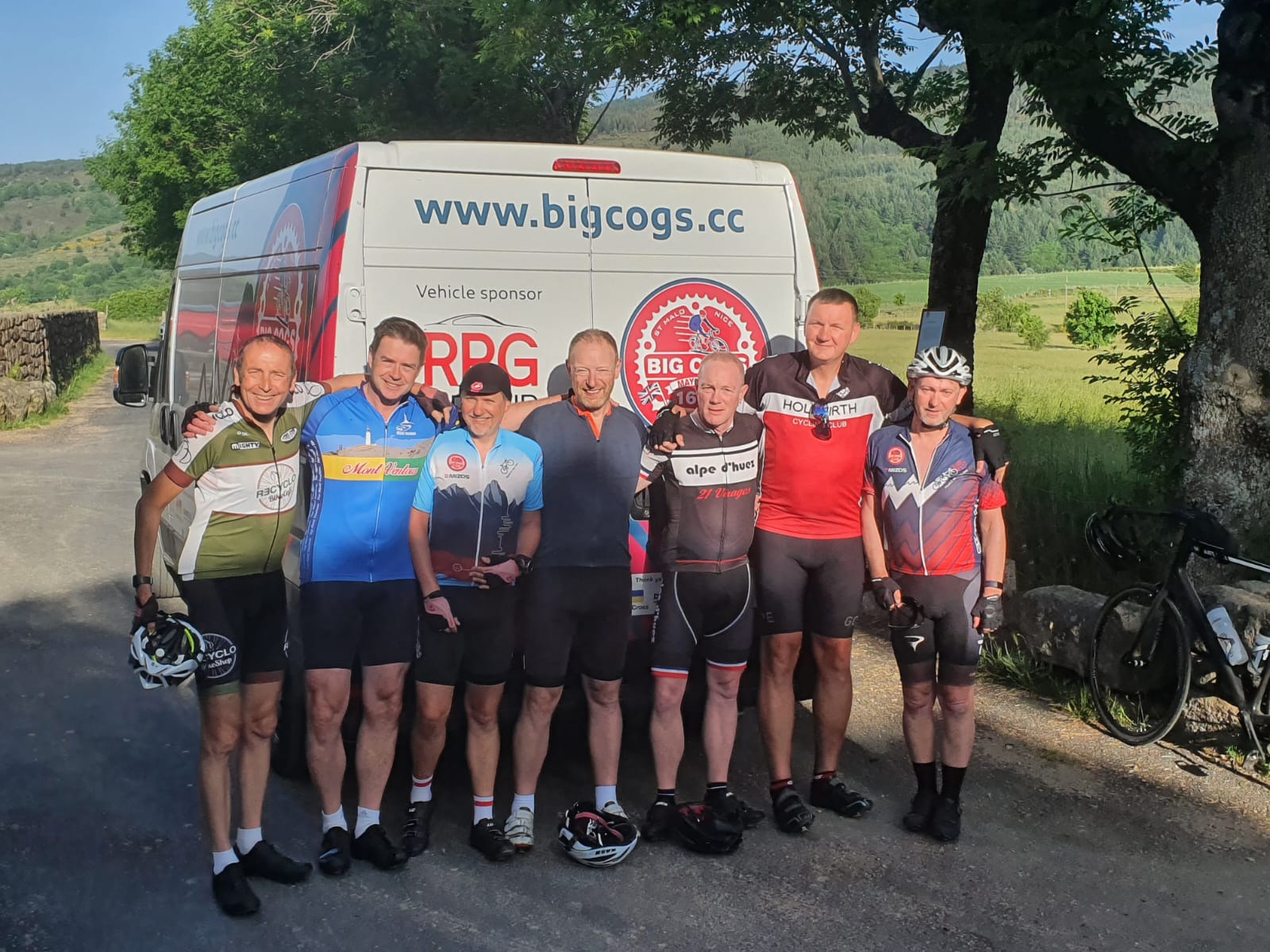 Day 8 of France en Velo saw us cover another monstrous distance of 116 miles though with less climb than yesterday at just over 5,000 ft.

Welcome back to the furnace best describes the conditions we faced with temperatures again in the mid 30’s making what should have been an easier day than yesterday (especially given the fact we finished at a lower altitude that we started) absolutely brutal and energy sapping in the extreme.

Having left the ‘monastery’ in the hills above Villefort, we first enjoyed a fabulous descent with spectacular views (earned from Nokey’s climb yesterday in the opposite direction !) before ascending to the highest point of the day at the Col du Mas de l’Ayre, crossing into the Ardeche / Auvergne Rhone-Alps, which afforded a fabulous long sweeping descent into Les Vans.

From there we entered a wonderful valley, Le Bois de Paiolive, before moving on towards the highlight of the day (after a coffee stop) cycling by the Pont d’Arc and then up (a steep ascent !!) onto the side of the gorge and along the meandering plateau following the Dordogne river and affording spectacular views down onto it.

It was a surprise to see a Marmot Tours van en route driven by Mary who Farney & Blighthy had cycled in the Alps with … they were concerned that our liveried van was a new competitor !! 😂

After descending of the gorge we cycled through the popular resort of St Martin d’Ardeche and then took a detour for lunch in the beautiful village of Aiguèze though there was little appetite to explore it given our low energy levels which were more directed towards devouring sandwiches and snacks off the van (thanks again Miles & Jonathan !).

Back en route we hit some busier and non descript roads with a long stretch along the Rhone (inc passing a nuclear power plant) before reaching Chateuneuf du Pape for some caffeine before the last 22 miles slog to Bedoin and our stop for the night (after an emergency Orangina refuel at a roadside cafe).

Staying again with Pierre in Bedoin we enjoyed the same superb hospitality we had 3 years ago and were well fed on lamb and dauphinois potatoes, before an intermediate course of salad (take note ‘lettuce’/Tim 😂) and a wonderful Tiramisu… all with plentiful local red vino ! 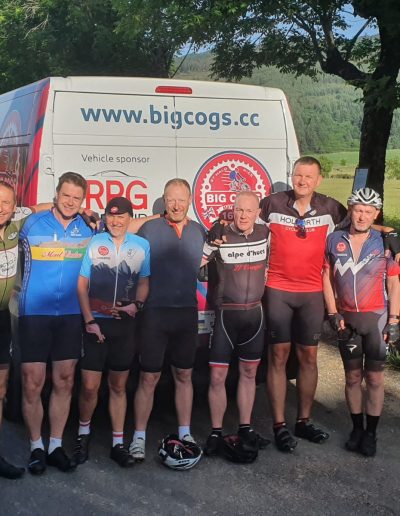 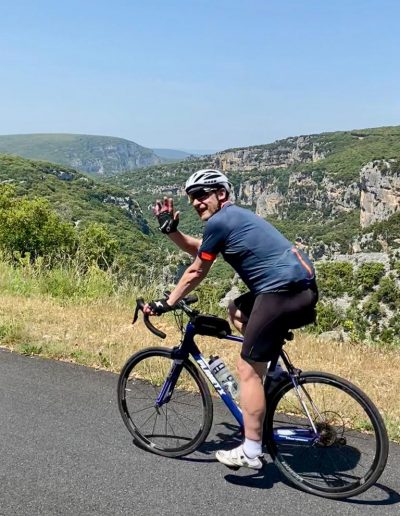 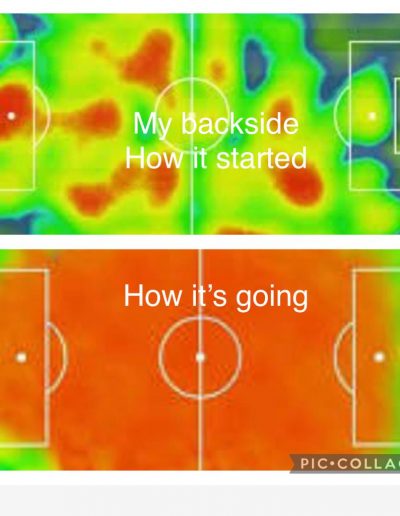 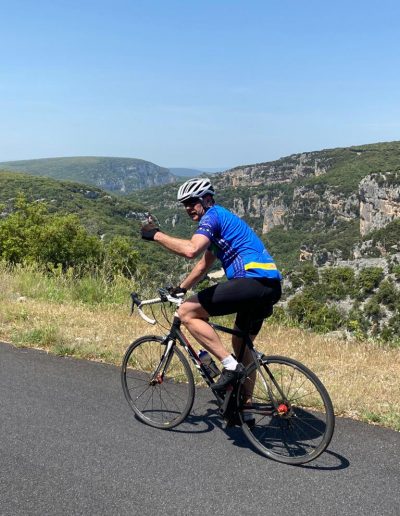 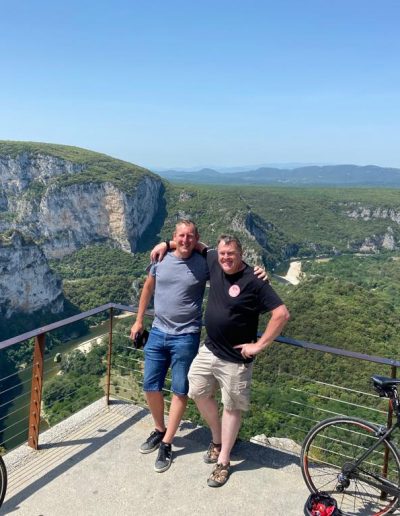 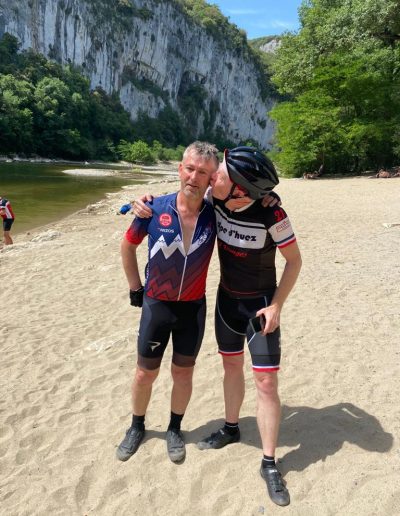 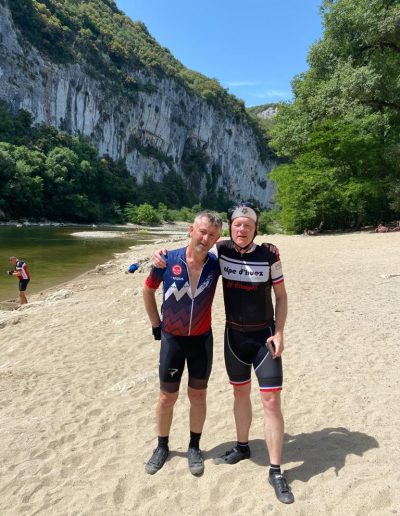 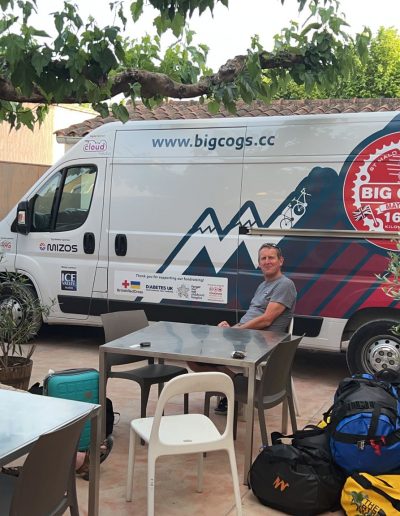 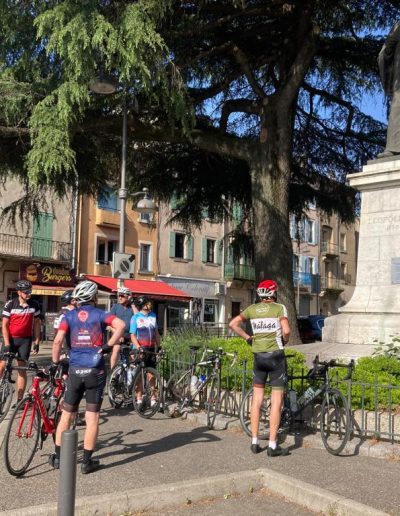 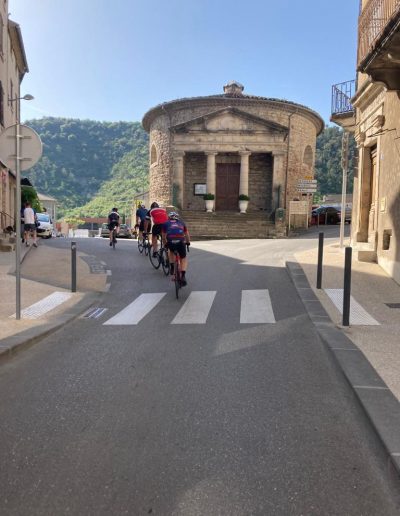 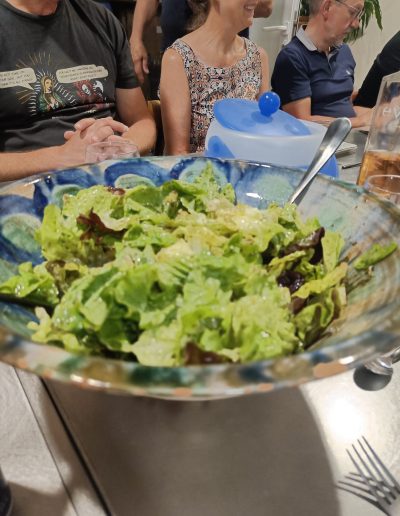 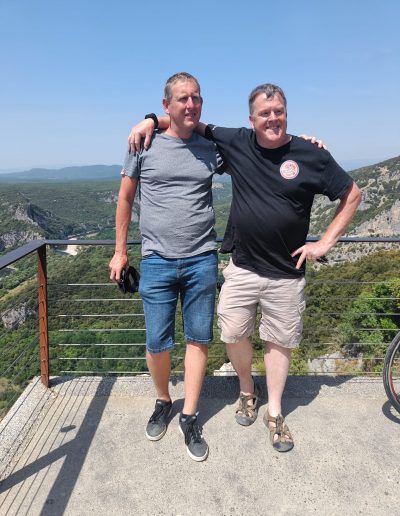 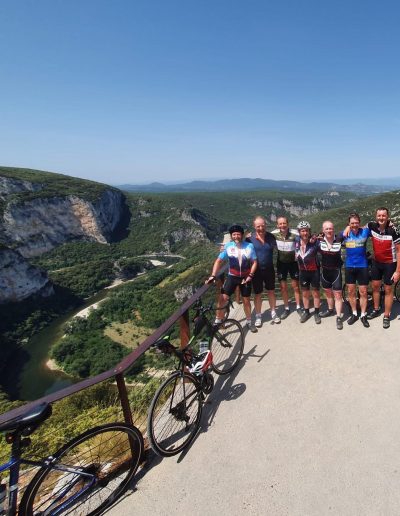 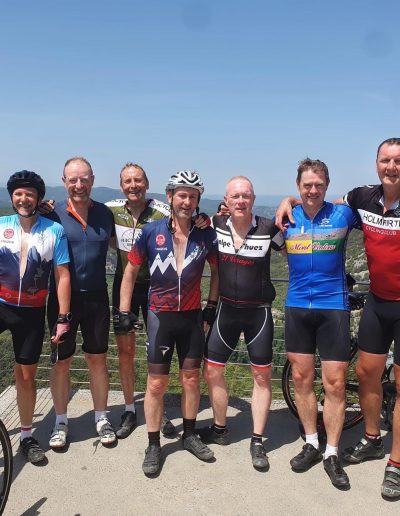 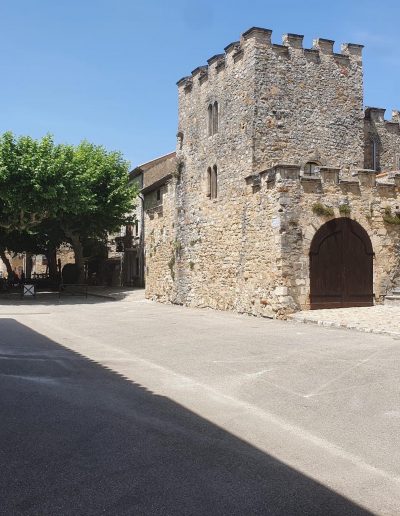 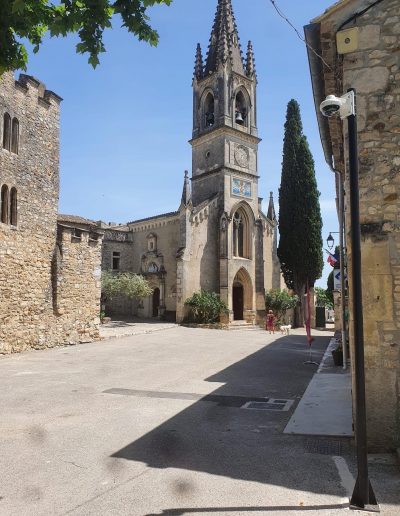 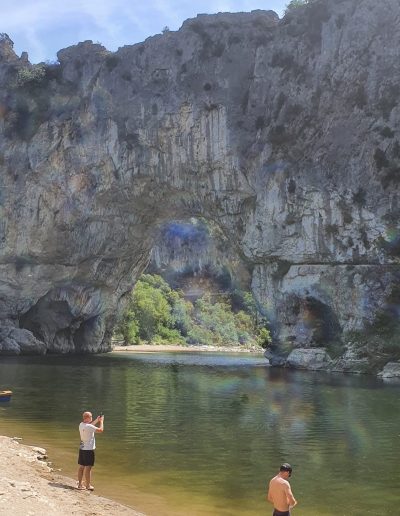 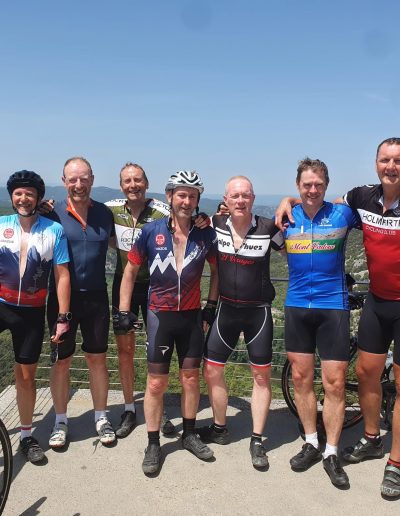 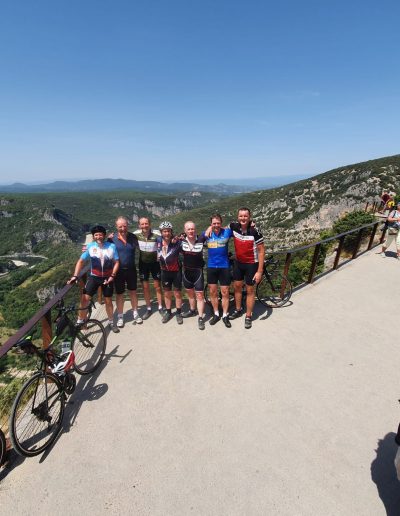 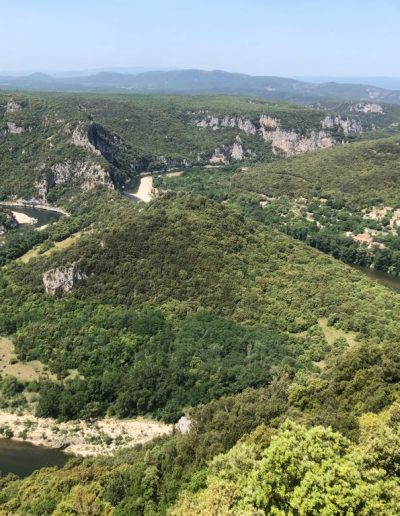 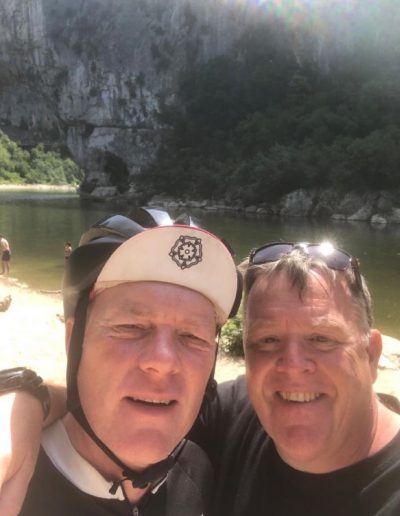 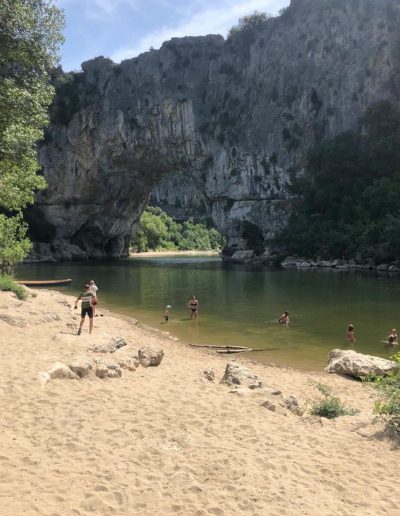 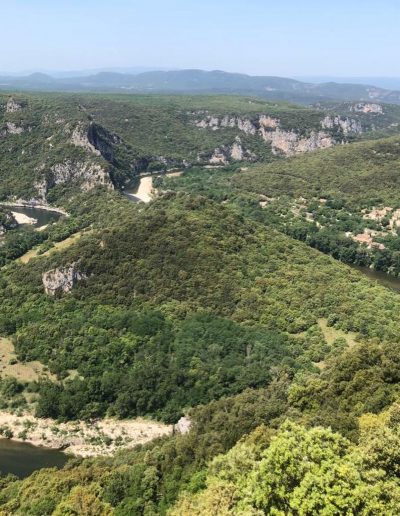 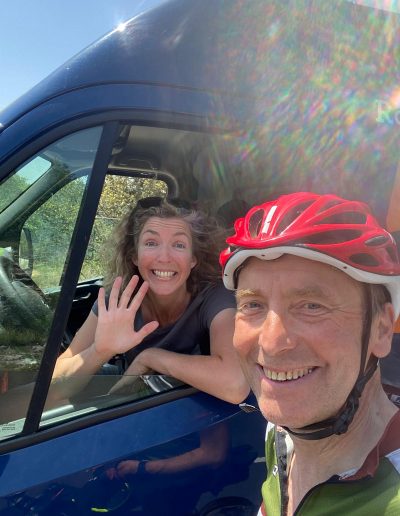 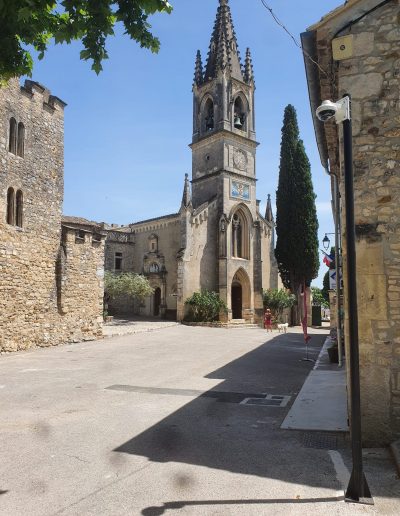 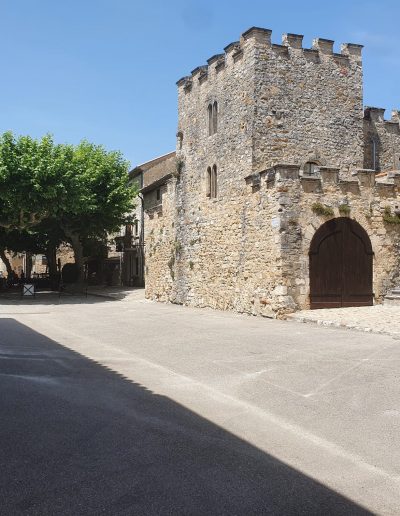 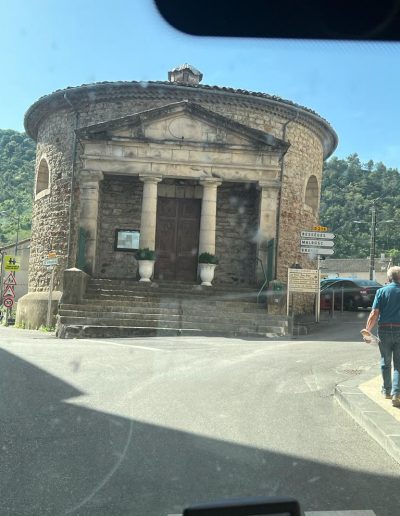